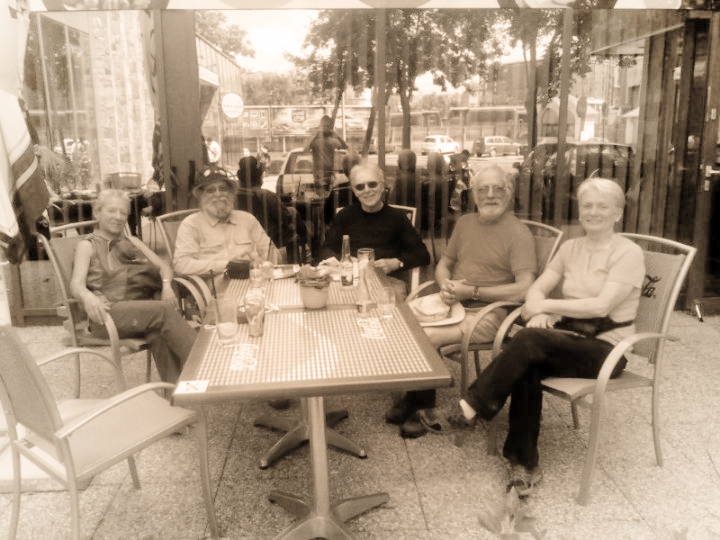 How many times I’ve heard versions of this.

The big gig you want to do.” Then I have met these trekker buddies.

On a café’s terrace four months ago.

That I used as a coworking space in Győr, Hungary.

They looked for a major sporting goods store to buy new insoles.

I asked them: “What trek you’re on here in the middle of nowhere?”

They replied: “We walk the Camino Integrale.”

They found a good cause.

That live with autism in Montreal, Canada.

Or on the streets of Hyderabad, India.

A walk from Budapest, Hungary to Santiago de Compostela, Spain.

Known as the Camino Integrale or the King’s Road.

This is not The Way though.

It’s giving you an idea on how much you’d need to walk.

I checked how they fared.

To realize they stopped for now at leg 47.

They planned to be back in 2016 to move further past Innsbruck though.

So, the next time.

When you got that sneaky.

And ageist thought crawling out of your lizard mind.

From the next action to execute any plan.

A definitive kick in the rear.

You found your cause yet?

More on the cause in French,

The trip this year through the 47 legs still French.

This is a rewritten, more exact version of an article I published on LinkedIn.

PREVIOUSForty
NEXTWhat Do You Think About While Climbing
Search