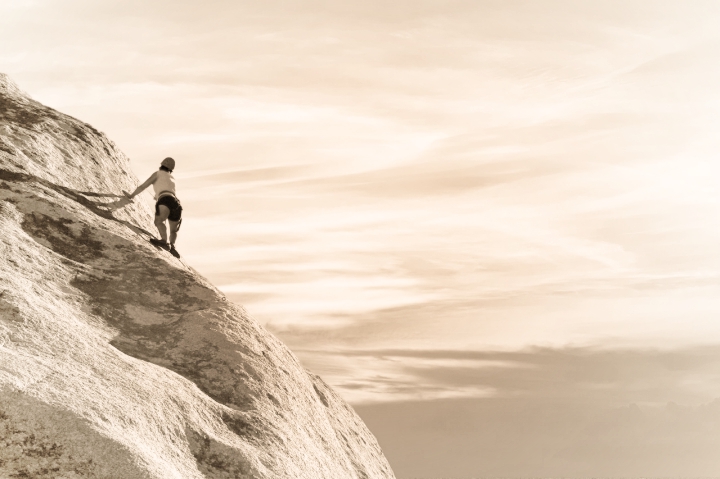 My thighs screamed from an 58 km uphill bike ride.

On the way to climb the first ever climbing route.

The line that Antoine de Ville climbed in 1492 [1]. How will I wipe out the dread from my recollections?

The minute I realized.

This trail was not a via ferrata[2] anymore.

Nor I climbed as planned.

In an overused soft sole boot I borrowed.

Later my girlfriend asked me: “What did you think about through the climb?”

I replied: “Had not a single thought in my mind.”

Gripped with the fingers.

I was one with the Flow.

There were no thoughts.

There was no me.

I dissolved in the surrounding.

The real hook in a long climb.

Is this state of mind without thoughts.

At bedtime that night I recalled the senses from the climb.

Despite the pain in my muscles.

Nothing could shake the delight of my soul.

Ever since when I climb a long route.

Or run a rugged trail.

I aim for the same mindless state.

When you last entered the Flow?

I wrote an answer for an question on Quora with the same title.

Yet this is how I meant to write it.

PREVIOUSAm I Too Old To
NEXTOn Gaming and Health
Search