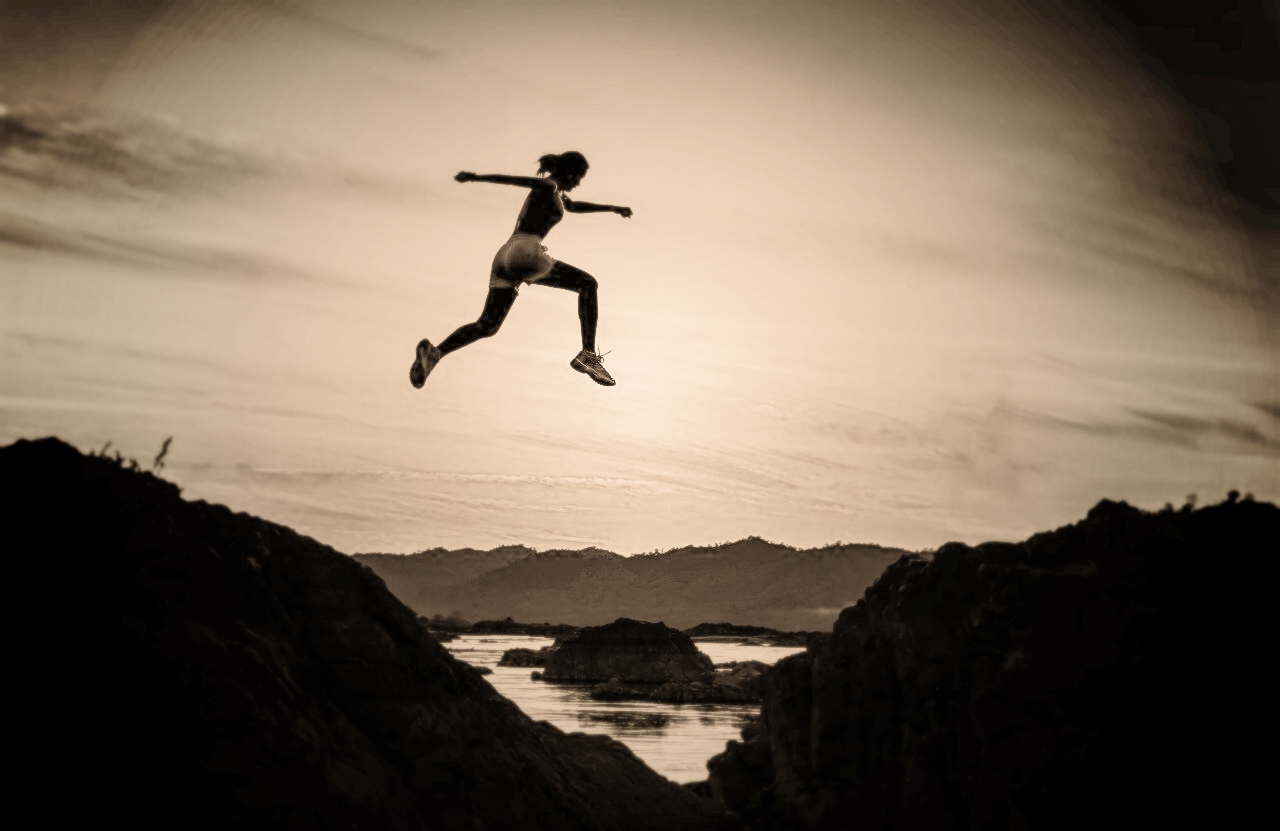 My resolutions were worst.

Until I started up with systems.

Instead of goals. One of my resolutions.

Push experiments to the max.

With this blog I will experiment with series.

Motivation is at least as controversial as resolutions.

Yet even with a contrarian mindset.

I can’t resist to dig in big lists.

And see what gems I find.

We both know the answer is: Yes.

But it’s still relevant what they read-most in 2017.

Here’s what I found

Two categories jumped out straight on me: 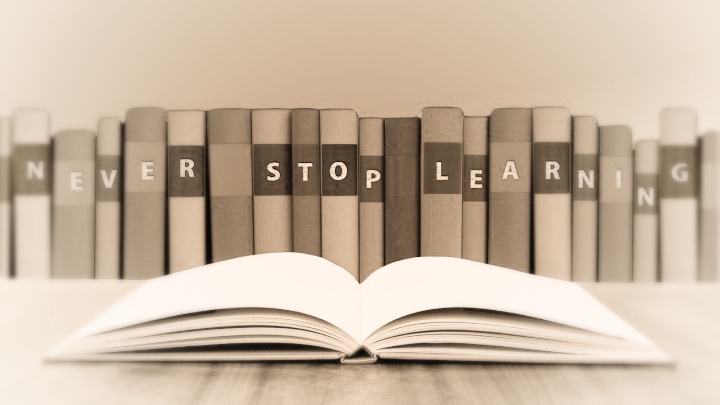 The rest spans over a larger spectrum of subjects.

Or are lists from the ‘N Ways to Do / Reach This or That’ genre.

I covered the top five.

There are three routines posts on the 17 strong list.

The author is Tom Bilyeu.

I am not into protein bars.

Neither into the unicorn game.

Apropos, not wishing for too big.

The second time I went to a super hardcore gym with me ex.

She asked me: “Hun, would you love me if I’d be that ugly and muscular as that gurl on the poster?”

I replied: “Babe, you’ll never gonna get there.”

Tom starts with the holy trinity of productivity.

Thinkitate is not a word that pleases my ears.

Another well-known version from another Tom.

Never go to sleep without a request to your subconscious.

Tom saves the best tip for the last punch.

Not to read email for the first 5-7 hours of your workday is golden.

Overall you may not get your big aha moments. 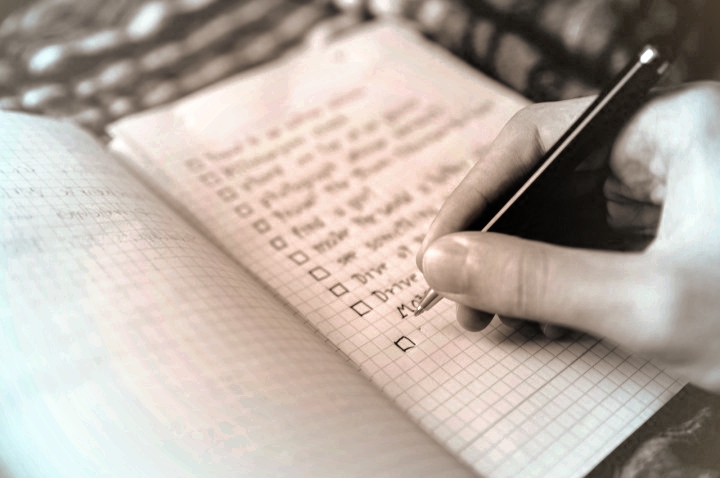 By Mel Robbins is third from the top 17.

You don’t have to be original to make it big.

And routines that Tim’s based the book on.

The third ‘thing’ is the most unlikely you’ve heard till now.

Focus on your strength to become a superhero.

Plus points for covering Tim Ferriss.

Not the usual short take away.

I love the final premise.

These took the other two spots from the top five.

This guy knows his trade.

Incognito: The Secret Lives of the Brain (2011) by David Eagleman.

a subconscious part of your brain is constantly whirring away and wielding a tremendous influence on your thoughts, feelings and behavior. Instead of reality being passively recorded by the brain, it is actively constructed by it. David Eagleman

At least I couldn’t find another expert recommendation.

So here is the greatest irony of all: that the self that almost by definition is entirely private is to significant extent a social construct. V.S. Ramachandran

Indeed, the line between perceiving and hallucinating is not as crisp as we like to think. In a sense, when we look at the world, we are hallucinating all the time. One could almost regard perception as the act of choosing the one hallucination that best fits the incoming data. V.S. Ramachandran

No time for books.

You can watch a TED Talk from Dr. Ramachandran.

With another TED taster.

To feel successful, you must be able to be honest about the things that are really important to you. Daniel G. Amen

The Female Brain By Louann Brizendine

From an experiment we also know that oxytocin is naturally released in the brain after a twenty-second hug from a partner- sealing the bond between huggers and triggering the brain’s trust circuits. Louann Brizendine

I add two books though as a bonus.

The twin of the Female Brain.

The Male Brain By Louann Brizendine

When men live alone and become isolated—which they do more often than women—their daily routines can become repetitive habits that get deeply engraved into their brain circuits. Soon, if someone disrupts their routine, they get irritated because their brain’s social-flexibility circuits are weakened from disuse. Louann Brizendine

And the book I am reading now.

Because you read so much till now.

To understand the art of persuasion, you can turn to cognitive science for guidance in dealing with the unconscious “lizard” mind.

Understanding neuroscience is too important to miss.

You can’t miss these from your brain armor.

Take one and start reading.

A compilation from the Young Entrepreneur Council.

I could only add some data.

So the listing is based on the number of expert recommending it openly.

Then finish with the blockbusters.

Double Double: How to Double Your Revenue and Profit in 3 Years or Less by Cameron Herold

if you’re communicating with others only to tell them how you want things done, you’re not x,+,communicating effectively. Cameron Herold

How to Have a Good Day: Harness the Power of Behavioral Science to Transform Your Working Life by Caroline Webb

As a result, studies have found we can reap immediate intellectual and emotional dividends from investing in exercise and sleep, or even from taking a moment to breathe deeply, smile broadly, and stand a little taller” Caroline Webb

Best quote from the book.

Those who are critical of my goals and dreams simply do not understand the higher purpose to which I have been called.

See my latest blogpost along the same lines.

The Code of the Extraordinary Mind: 10 Unconventional Laws to Redefine Your Life and Succeed on Your Own Terms by Vishen Lakhiani

In other words, our willpower works like a muscle and it weakens throughout the day, since it’s used constantly. We all have a limit to our willpower, and once we’ve reached the limit, it becomes very difficult to focus.” S.J. Scott

Soros: The Life and Times of a Messianic Billionaire by Michael T. Kaufman

Mixed reviews for the book.

How to Be a Power Connector: The 5+50+100 Rule for Turning Your Business Network into Profits by Judy Robinett

Skill is fine, and genius is splendid, but the right contacts are more valuable than either. Judy Robinett

A handful of recommendations

The Ultimate Sales Machine: Turbocharge Your Business with Relentless Focus on 12 Key Strategies by Chet Holmes

Brutal but to the point quote.

The one who gives the market the most and best information will always slaughter the one who just wants to sell products or services. Chet Holmes

The E-Myth Revisited: Why Most Small Businesses Don’t Work and What to Do About It by Michael E. Gerber

If your business depends on you, you don’t own a business—you have a job. And it’s the worst job in the world because you’re working for a lunatic! Michael E. Gerber

My objective is not to close the sale but to open a relationship. Neil Rackham

The 46 Rules of Genius: An Innovator’s Guide to Creativity (Voices That Matter) by Marty Neumeier

There is no great genius without a mixture of madness. Aristotle

This mental isn’t it 46 experts recommending 46 Rules of Genius.

Give and Take: Why Helping Others Drives Our Success by Adam M. Grant

If we create networks with the sole intention of getting something, we won’t succeed. We can’t pursue the benefits of networks; the benefits ensue from investments in meaningful activities and relationships. Adam Grant

What we fear doing most is usually what we most need to do.

People will choose unhappiness over uncertainty.

So, you want to be productive not just motivated?

Concentrate on your morning routine.

And process rules over goal setting.

What are you doing or reading to psych yourself up for 2018?

PREVIOUSDaring to Change in 2018? Careful Who You Tell
NEXT5 Reasons Not To Bother With Commenting
Search